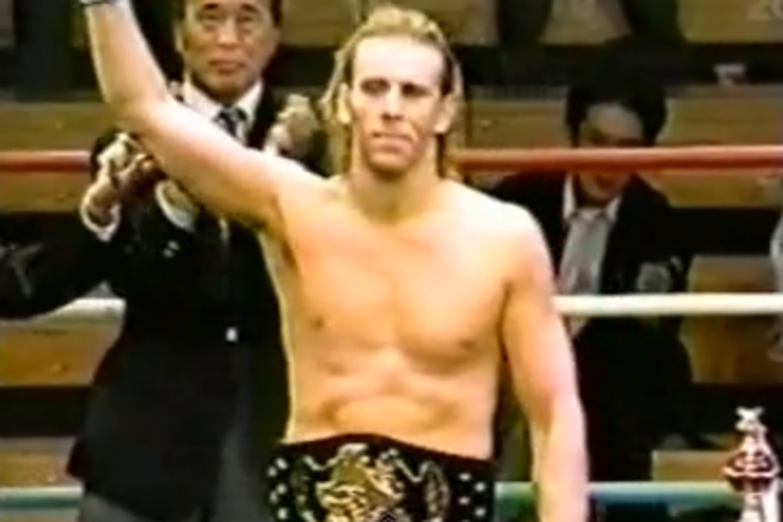 Arguably the oldest Mixed Martial Arts promotion, the Japanese wrestling circuit Shooto was also the home of one of the sport’s first truly well rounded fighters. Erik Paulson would become Shooto’s first American champion and one of MMA’s forgotten greats.

Read the full article on bloodyelbow.com “The bravest are surely those who have the clearest vision of what is before them, glory and danger alike, and yet notwithstanding, go out to meet it.” — Thucydides

In the 233 years that have come and gone since its birth, America has served as a beacon for ingenuity, hope, courage, democracy and blue-collar toughness. The men and women who represent the nation in the sport of mixed martial arts embody those traits as well as anyone. To that end, Sherdog.com compiled a list of the most memorable All-American moments in MMA.

Story and photos by Todd Hester 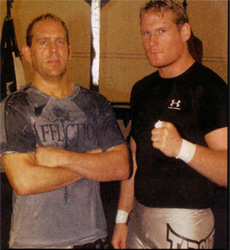 If there is a dynamic duo in today’s diverse world of mixed martial arts it is Erik Paulson and Josh Barnett.

Widely regarded as the best American cagefighter, and one of the top three or four top fighters in the world at any weight, Barnett is currently living in Fullerton, California and teaching and training out of Erik Paulson’s Combat Submission Wrestling Training Center at 4080 North Palm Ave.  #801, Fullerton, CA 92835. 818-915-3225.

As a martial athlete I think it is very important for us to be able to write down and actually see what we are doing to and putting in our body. It is always a good idea to get a journal or book of some sort to record our daily thoughts and what we are doing on a daily basis, especially when we are preparing for a fight  or trying to achieve any goal of making ourselves better. I have always found this very useful and I recommend it for everyone. Below are some of the things that I write down in my personal journal.

If you’re fighting and not running… YOU ARE NOT FIGHTING!

I have experimented both ways for fighting and found that my overall fitness, footwork and well-being were much better after putting in miles. Bruce Lee said running was the king of exercises and I believe that to be true. Running is moving meditation, think time, and self-visualization for a fight. Running gives you the polishing touch, the icing on the cake. When you’ve done all your pad work, heavy bags, sparring and jump rope, running gives you freedom and clears your head.

I would be the first to say that there is not necessarily a connection between having a black belt and being a good MMA fighter; there can be, but there isn’t always. There are many fighting styles and some of them are more geared towards self-defense, weapons, multiple attackers, pure sport, or simply fitness and exercise. So to have your black belt, black sash, or instructor’s certificate in a style such as karate, kung-fu, silat, escrima, tae kwon do, judo, or a similar martial art that isn’t geared toward one-on-one combat in a cage can certainly be admirable and is a worthy achievement, but that by itself isn’t going to make you successful in the cage. The type of black belt you have is more a measure of potential MMA success than just having “any” black belt.